Nestled at the foot of the Santa Monica Mountains is pristine Woodland Hills. It is known for its hiking trails, hot summer days, and as a home for classic celebrities. Woodland Hills is also known for earthquakes, none more devastating than the Northridge Earthquake which occurred on January 17, 1994. After a 6.7 magnitude earthquake rocked Los Angeles and the surrounding area, it was obvious that more needed to be done to prepare for the future. While new buildings quickly had building coded adjusted, existing buildings were left in limbo. It wasn’t until recently that a mandatory retrofit program was introduced, making the necessity of a qualified Woodland Hills retrofit contractor a reality for many.

A soft story building is a specific type of building that was particularly hit hard in the 1994 Northridge earthquake. After the extreme destruction that occurred in Los Angeles and the surrounding area, city engineers surveyed the damage and created reports about which buildings were most affected.

The problem with all the space in the ground floors is that floors on top may not have enough support underneath. The goal of the retrofit program is to increase the support. Shear walls are built to withstand forces such as earthquakes and high winds. If your building does not have enough shear walls, or they are not thick enough, then this will need to be retrofitted.

Parking garages have a lot of open spaces, and more steal beams may need to be added. More columns, as well, could be an option.

If you’re feeling confused, don’t worry. An experienced Woodland Hills retrofit contractor like Retrofitting 360 will walk you though everything that needs to be done. Trust the experts to provide safe, reliable construction so that your soft story building will be ready the next time Mother Nature roars.

Chief among the reasons to retrofit your building is that it will save lives in the future. While you can never know where or when an earthquake will next hit, you want to be prepared for any worst-case scenario. As a building owner, you are also liable for the lives of those that live there. After the Northridge Earthquake, some family members were able to sue the building owners as being negligible. It might take money and effort to properly retrofit your building, but for all the many reasons, it is worth it. Be prepared and start action immediately. There are only a few years left until the deadline for the retrofit is here.

A retrofit construction can take a lot of work, but at Retrofitting 360, we will make things as smooth as possible. If you have received a notice from the city that your building falls under the mandatory soft story retrofit program, the time to start acting is now. The deadline for completion of each project is 2022, and you will want to secure your spot with a qualified soft story retrofit contractor in Woodland Hills as soon as possible.

Once you have selected your contractor, they will come to your building for a thorough inspection. Sometimes it just takes a few minor changes for your building to adhere to the new code. Sometimes a complete overhaul may be needed. Retrofitting 360 will break everything down so that you can understand what is necessary. As a building owner, you will have as much say as possible about what will happen, when, and how long it will take.

Throughout the process, the necessary permits will be acquired. Construction disturbances will be at a minimum. At the end of the project, a city official will come to sign off and perform a final inspection. Retrofitting 360 will ensure that there everything has been completed satisfactorily so that you can get back to living a safe life. 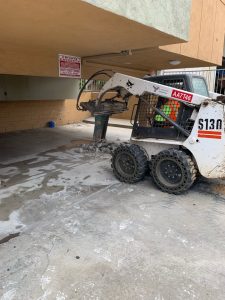 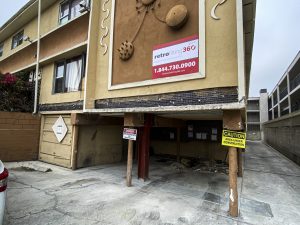 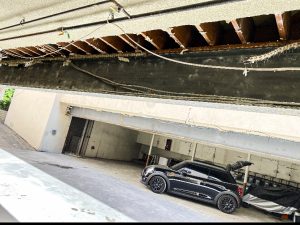 Are There Any Cost Benefits to Earthquake Retrofits?