As one of the leading Soft Story Retrofit Contractors in Los Angeles, Retorfitting360, Inc. is involved on a daily basis with multiple properties, including apartment and commercial buildings, that have what’s known as a ‘soft story’ condition. These properties must comply with the Los Angeles Soft-Story Retrofit Program.

Those who are not familiar with the term, might ask: “What is a soft story building?”

A soft story building is a building with three or more stories located over a ground level and windows, large doors, commercial spaces and other openings in a place where a shear wall is typically required to provide stability.

Without necessary strengthening by a Los Angeles Retrofitting Contractor, such buildings may be prone to structural damage during an earthquake. The first floor of a building is weak as it misses sufficient shear walls. Beams surrounding open parking spaces are not strong enough to support the entire building during a significant earthquake.

It is for this reason that the City of Los Angeles, a few years ago, in 2015, passed an ordinances to establish mandatory standards for such soft-story buildings. This of course was intended for the purpose of promoting the safety of the population and minimizing structural deficiencies resulting from said earthquakes. This ordinance applies to all pre-1978 soft-story buildings. For buildings that are included in a list compiled by the Department of Building Safety a seismic retrofit by a Los Angeles Soft Story Retrofit Contractor may require completion by 2022.

Los Angeles building officials have identified a long list of potentially affected structures and have sent out notifications to the owners to start the retrofitting process. A soft story retrofit may range on average from $42,000 to $85,000 or more, depending on the size of the building. Building owners have two years after receiving the compliance order, to submit plans of retrofitting or demolition or the proof that the building does not need retrofitting. The retrofitting process itself must be completed within seven years of getting the notification.

The process of a Seismic Retrofit by a professional Los Angeles soft story retrofit contractor requires great attention and planning. The first step is getting the engineering and architectural plans approved by the department for compliance. Once the plans are approved, the construction phase can begin. Because tenants are likely to be affected by the retrofit process it’s important that they are notified in advance. Then, once ready for construction, trenches are dug to install new steel beams in place of wooden beams. These ensure that sufficient strength is added to the soft story so that it can counteract the forces induced by earthquake.

A soft-story retrofit provides the building with connectors that convert the previously loosely connected parts of a building into a unified structure that stays intact when affected by earthquake forces which can easily tear weak buildings apart. Of course, an additional benefit to building owners is that besides the safety of it’s tenants, a retrofit process is sure to minimize damage of earthquake and therefore reduces repair costs after a seismic event.

If your building is one that is required to undergo a soft-story retrofit by a Los Angeles Retrofit Contractors, we can start the process today by providing you with a evaluation and cost estimate for your building. Our retrofit experts will walk through your property to analyze and assess the conditions and outline all the requirements in a detailed plan and step-by-step guide which will be needed to comply with the ordinance.

As a leading provider of soft-story seismic retrofitting in the Los Angeles area, we focus on cost-effective and efficient construction solution. We have civil, architectural and structural staffs that provide the required service to modify the floor and site plans as needed in order for permits to be acquired.

Our team here at RetroFitting360, Inc. is dedicated to turning your soft-story retrofit process into a painless affair that’s both quick and easy for you and your tenants. Whether you received a notice for the seismic retrofit to comply with the Los Angeles Soft-Story Retrofit Program ordinance, or you are concerned about your building’s foundation and are interested in seismic strengthening, you can contact us to get a free evaluation of your property and the most cost-effective solution.

Our Free Retrofit Consultations Include 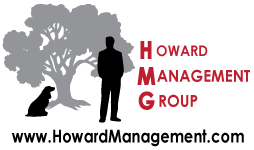 What our Clients Say

« The Retrofitting360 team was great to work with. They took the time to explain everything I needed to know and were always available when needed for any questions. Upon the start of work, the team was executed everything agreed upon superbly. While working the team was very organized, paid attention to details, worked quickly and efficiently and to top it all off at the end of the work day the job site was left completely clean making it a pleasureable experience for everyone. We would definately recommend the Retrofitting360 team to our friends. »
Izzi BWoodland Hills, CA
« Retro360 is such a great company. If I could give more stars I would. We have done multiple projects with them and counting. Everything was handled in a timely manner and very professionally. Our tenants were very happy as well. I would recommended them for any project you have. »
Robert M.CEO
« Retrofitting 360 has been SO great! So far they have done a few projects with us and they were all done in a timely manner - NO delays! HIGHLY recommend them. They handle everything! »
Ben L.Resident Services
Previous
Next

For a short time, we’re offering a $1,500 rebate for your soft-story retrofit project.