WHAT IS A LOS ANGELES SOFT STORY BUILDING? 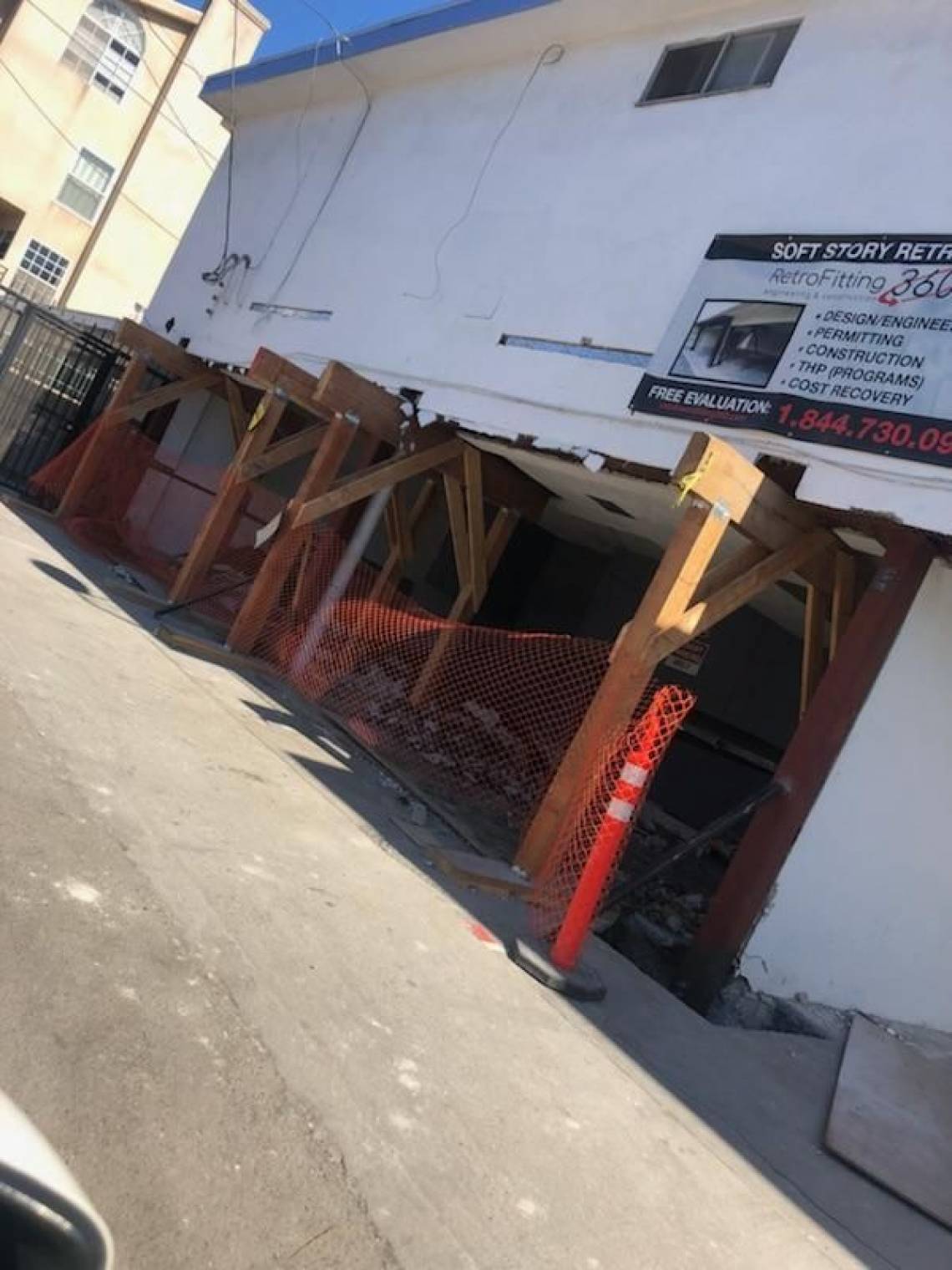 The city of Los Angeles has the country’s largest seismic retrofit program which began in 2015. Getting your Los Angeles soft-story building retrofitted isn’t just a good idea, it is now the law. The Department of Building Safety passed two new ordinances, 183893 and 184081, which cover the standards that all soft-story buildings need to meet. RetroFitting 360 has already completed 90 retrofits in the LA area and have another 160 in the works. We specialize in soft-story buildings our team will make the process easier for you from start to finish.

What is a soft-story building?

Typically, a Los Angeles soft-story building has three or more floors, usually containing residential units. These upper floors are built over a ground floor that features a large open space, like parking garages or commercial space. Most apartments in the LA area are classified as soft-story buildings.

Which building require a retrofit?

City officials spent two years assessing structures around LA and found the following types of buildings to be the most vulnerable. If your building meets one, or more, of these criteria, it will require a retrofit.

Some buildings are exempt from the Soft-Story Retrofit Program, for example residential complexes with three, or less, units.

After the massive earthquake of 1994, many buildings and structures collapsed leaving behind mass destruction. This huge quake took the lives of 60 people and caused Los Angeles officials to reassess their current building codes. After their two year assessment they determined that soft-story structures were the most at risk type of building to collapse in the next earthquake. Most of these types of building around the city are apartment complexes built between 1950 and 1979. Building codes back then were not as strict as they are today. The types of buildings tend to collapse because the unreinforced openings on the bottom floor allow for more movement during a seismic event than the building can handle. So the upper floors collapse downwards trapping the occupants and causing massive damage.

What is a soft-story retrofit?

During a retrofit, the weakest areas of the Los Angeles soft-story building are reinforced to make them sturdier and more stable during an earthquake. Most commonly, steel connectors are added to the structure along with l-beams which create resistance during the shaking that occurs when a quake is happening. Other options are also used depending on the structures needs, like ground beams and plywood shear walls.

What is the process of a soft-story retrofit?

Following is a step-by-step breakdown of what to expect during your retrofit:

Time is running out to complete the mandatory retrofit for your Los Angeles soft-story building required by the city of LA. When they program started, building owners in the area were sent notices to comply and given a deadline of 2022 to get their buildings retrofitted. Don’t let time get away from you. Contact RetroFitting 360 now. Our staff specializes in delivering soft-story retrofits quickly, effectively and at a cost that works for you. We will walk you through the whole process one step at a time, so it will be virtually painless. Your initial consultation is provided free of charge and we will happily answer any questions you have about soft-story retrofitting.