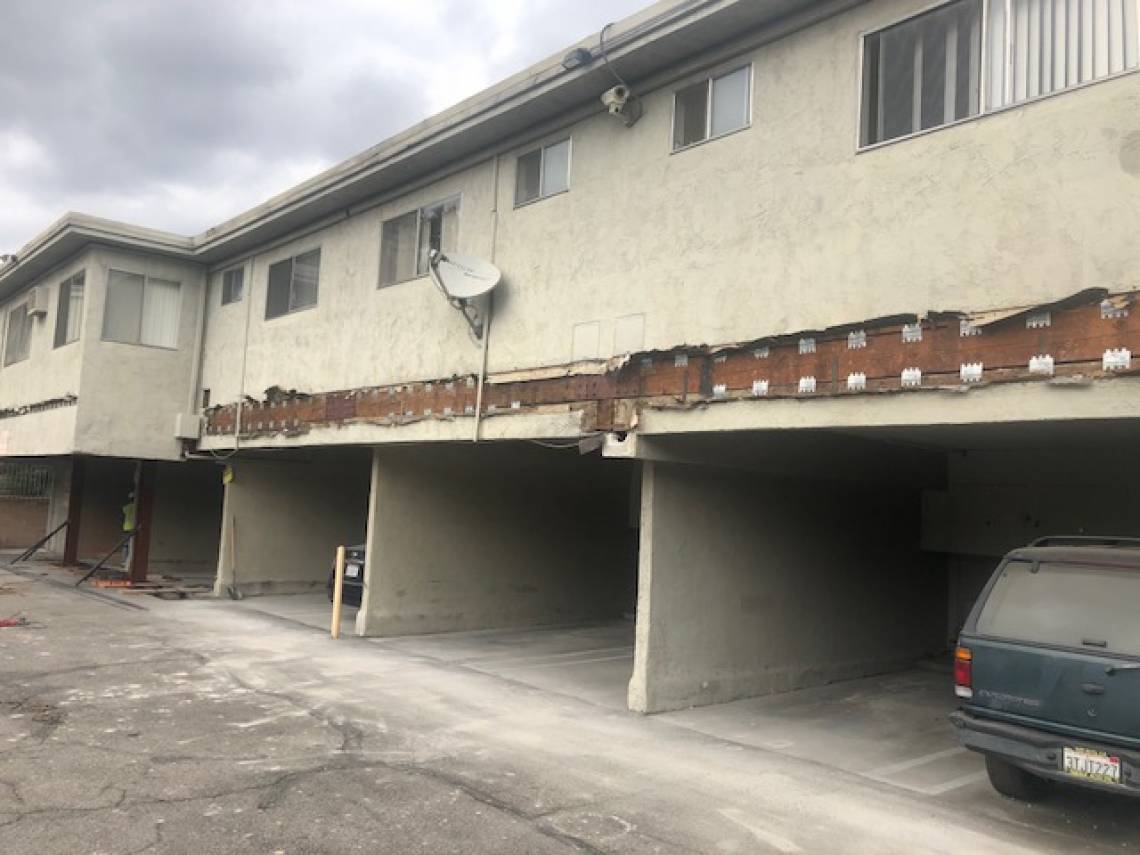 California has long suffered the disastrous effects of earthquakes, but the most recent one, the Northridge Earthquake in January of 1994, was historic for many reasons. Not only did it take the lives of 60 people and injured another 9,000, but the vast infrastructure of Los Angeles was hard hit. Overpasses were demolished, sewer and utility lines were crushed. The entire city came to a grinding halt. While earthquakes along the San Andreas Fault are nothing new, because of the population explosion that has hit southern California, the effects seem all the more disastrous. To help avoid a similar fate to 1995, the city of Los Angeles has passed new ordinance that makes apartment retrofitting mandatory for those buildings that are most at risk.

The new legislation affects over 15,000 buildings in Los Angeles. Thankfully there are adequate time frames to allow owners the chance to save and prepare, but with another major earthquake poised to happen in the next century, for safety reasons, there is little time to delay.

For buildings that are made of wood and have soft story conditions, the time line is seven years, which means they need to be retrofitted by 2024. For non-ductile concrete frame structures, the timeline is 25 years, or 2042. Notices were sent out in 2017 for all buildings that were affected, but if you didn’t receive a notice, or think you may actually be affected, be sure to contact the city of Los Angeles to be sure.

Now, even if apartment retrofitting has a seven year time frame, that does not mean that construction should start at the very end. Apartment buildings, especially tall ones, can take a very long time to be completely overhauled. To this end, permits need to be issued within two years of receiving the special assessment, which could be as early as 2019. This means that it’s imperative to start finding the right building contractor for your retrofitting project.

Retrofitting an entire apartment to be earthquake-resistant is a costly affair. In fact, one of the reasons that it took so long for this ordinance to be passed is because city council heard from many vocal residents and business owners about what a financial burden retrofitting would be. It has since been decided that both renters and apartment owners may share the costs of earthquake retrofitting. Both sides will still be at odds over what is fair, but at least the issue has been put to rest. A few years to put together a building plan and cover the costs of construction is not long and most apartment buildings that are affected will most likely have to resort to special levies or dip into their contingency reserves to fund their project. However, the result will be a safer building, and that is what is most important.

Rent increases for tenants may also be a reality, though thankfully the law prevents price gouging. Tenants can expect a rent increase of up to $39 per month to cover the apartment retrofitting. Since Los Angeles put together this plan, more cities are expected to follow suit. Similar legislation is starting to roll out in Santa Monica, West Hollywood, and LA County. The future will most definitely include another major natural disaster, and officials are doing their best to plan for it.

While it may be law to retrofit your apartment to protect against earthquakes, it’s important to understand the benefits of it, beyond just complying with a law. To begin with, earthquakes are an unfortunate reality of living in California. Yes, you get warm weather, sandy beaches, and a sunny climate, but you also get shocks that can destroy whole cities. If you’re home won’t protect you from an earthquake, why live in it?

Small earthquakes are a yearly occurrence in California, with most people able to ride them out with not ill effects. However, another major earthquake is imminent. Scientists are all in agreement that a major quake will happen this century, if not earlier. Scientists are constantly monitoring the San Andreas Fault, which runs under California, and know that it is volatile and unstable. With all signs pointing to destruction, it’s important to be as safe as possible, which include apartment retrofitting.

While you want to protect your life, you also want to protect your possessions. You’ve taken a lifetime to collect pictures, mementos, and works of art. Why risk all this? With building retrofitting, you ensure that your home stays in tact and so does everything inside it.

Unfortunately, to successfully retrofit an apartment you need to pay money up front. It can be hard to find extra money for large projects, which is why a lot of people wait until the last minute until it is due. However, by investing in your home, you will save money in the long run. Just think about how much it would cost if your home was destroyed by an earthquake. Having to buy everything new, find a new place to live, and start over? It can be hard to think in the abstract, but the reality is that the buildings assessed in need of retrofitting are vulnerable. There is a good chance that they won’t survive a major earthquake. By spending some money now, you can save money in the future.

Nobody should gamble when it comes to the loss of life, whether it is yours or someone else’s. The hard truth is that if a building should crumble in an earthquake, and someone where inside, they most likely would not survive. If you or your family live in an unsafe building, do not hesitate to start the retrofitting process.

What about those that are merely building owners? You may be safe in your own home, but what about the lives of the people that live in your building? If you still aren’t convinced about securing the building for the sake of lives, then think about the liability issue. After the devastating Northridge Earthquake, family members of victims that perished in unsafe apartment buildings were able to sue building owners. Millions of dollars worth of damages were paid, and the precedent has now been set. Especially if a building has been notified by the City to be unsafe and in need of retrofitting, there can be no excuses. It is clear that building owners have a responsibility to ensure that their tenants will be safe in the event of an earthquake.

The first step in your retrofitting journey is to find a capable company. Retrofitting 360 serves Los Angeles property owners by providing safe, cost-effective solutions to the mandatory Los Angeles Soft Story Retrofit Program. From start to finish, you can be sure that your apartment retrofitting will be done smoothly and safely. Retrofitting aims to find the most economical ways to retrofit your apartment building so that when another major earthquake happens, you will be prepared. They know all the intricate building codes and what to expect from city officials. They will file the necessary permits and ensure that everything is approved on time.

Retrofitting an apartment so that it will be safe from earthquakes is an overwhelming endeavor. But no one is expecting the average person to be able to understand the whole process. Instead, trust an expert who specializes in retrofitting. Once that knows how to succeed. Another earthquake may be just around the corner, so start the process today. It will take time for assessments to be completed, plans to be drawn up, and permits to be approved. There is a timeline and as more and more apartment owners start acting, the wait times for construction can start to mount. Don’t be late. Apartment retrofitting needs to happen, so be in control of the situation.