Just over the hill from the glamor that is Hollywood, lies the quaint neighborhood of Studio City. The town was named after the CBS Studio Center that traces its history back to the days of the silent film era. The trendy area is made up of tree-lined residential neighborhoods mixed in with trendy eateries. The busy Ventura Boulevard offers visitors and residents plenty of opportunity for unique shopping and stylish restaurants. Wilacre Park is an excellent place to enjoy the outdoors on their woodsy hiking trails that offer stunning views of the valley. As one of the many neighborhoods that surround the city of Los Angeles, Studio City also falls under the soft-story retrofit program.

Its close proximity to Los Angeles means that residents need to be wary about future earthquakes. On January 17, 1994, a vicious earthquake rocked the San Fernando Valley. Over 60 people died and over 9,000 people were injured. Buildings crumbled, and infrastructure was broken. It was a truly heartbreaking scene. Studio City, and the rest of California, has never been a stranger to earthquakes. They are an unfortunate reality, and it is not a matter of if, but when the next one will hit. But the 1994 Northridge Earthquake showed that times were changing. The increased population and modern buildings were under threat. Changes needed to be done to ensure that the future was protected. Important changes have been made to the building codes so that the widespread destruction that happened in 1994 can be prevented. To help preserve the structures of Studio City, it’s important to find a trusted soft-story retrofit contractor in Studio City.

There are many types of buildings and it can be confusing to know just what kind you own or live in. One of the most common is a soft story building. These buildings have three, or more, stories. They also have a ground floor that is open. The ground floor could include commercial space that has windows and doors. It could also include a parking garage. The main categorization of a soft story building is that it is built above ground level.

After the 1994 Northridge Earthquake, soft story buildings were identified as being particularly vulnerable to earthquakes. This is because there might not be enough support at the bottom of the building to support higher floors. In many buildings constructed before 1994, the upper floors collapsed in on the bottom floor.

There are many solutions to retrofitting a soft story building. One option could be creating more shear walls that are better able to prop up existing floors. Or, if these walls already exist, they could be further re-enforced. As for parking garages, they may need extra steel beams or more columns to add more support.

Whatever the issue is, you don’t have to worry about the details. Retrofitting 360, a reliable retrofit contractor in Studio City, are experts at soft story buildings. They know all the tricks of the trade to ensure that your building is able to withstand any future earthquakes. Remember that while the soft story retrofit program is mandatory, it is done so with your safety in mind. Soft story buildings were hit hard in the 1994 earthquake. It’s important that when the next big one happens, your tenants or workers will be safe in your building.

While it took some time for city officials to agree on what needed to be done for existing buildings, there is now a plan. All buildings in the Studio City area were surveyed and notices were sent out to those affected by the new program. If you have received a notice, be sure to contact a professional contractor who has experience with retrofis. A contractor, such as Retrofitting 360, will start by conducting an in-depth survey of your building. They will see what can be salvaged and what needs to be re-built.

Time and money are of the essence in any building project. This is why Retrofitting 360 will work with you to create a plan that everyone approves of. With a qualified contractor by your side you don’t need to know all of the technical details of building codes and permits. Your Retrofitting 360 professional will take care of all of this for you.

Your contractor will apply for all the necessary permits and make sure the job is done efficiently will still being cost effective. Noise will be kept to a minimum and parking won’t be obstructed. We want to ensure that you and your building’s tenants will continue to enjoy their daily life.

Once construction has been completed, the city will need to send out an inspector who will sign off on the project. We will do our best, so that there are no surprises at the end. Remember that the deadline for completion is 2022. It’s time to start now. 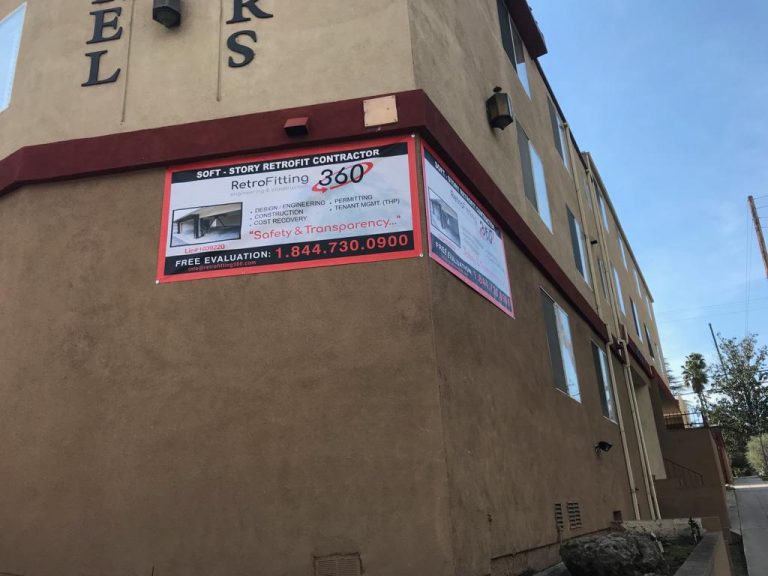 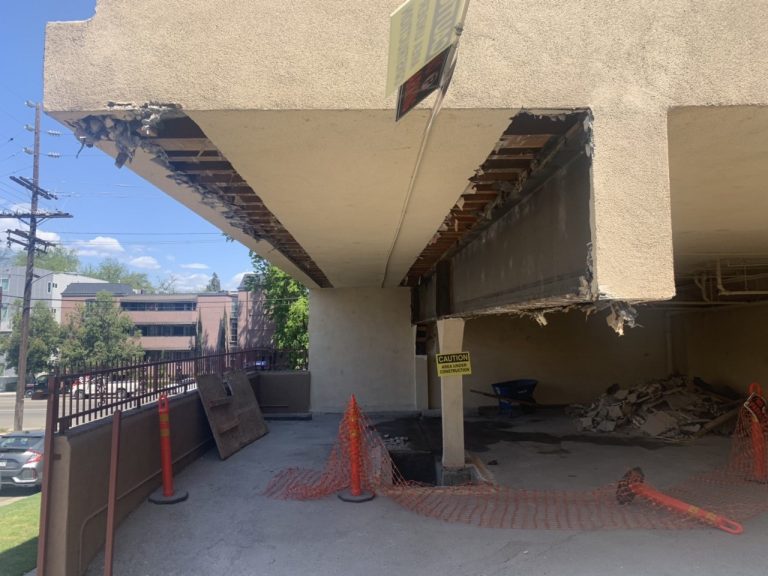