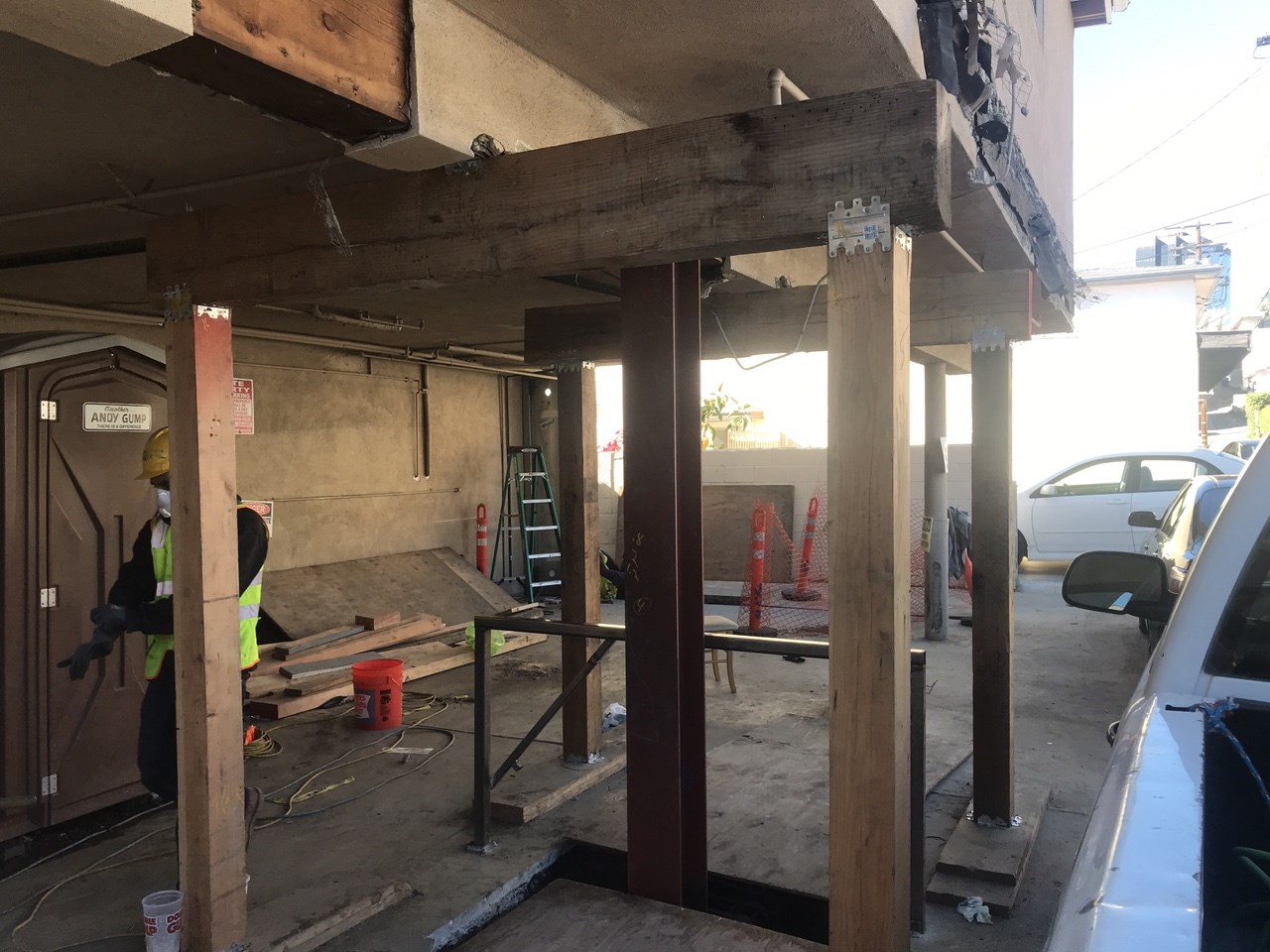 The city of Los Angeles rolled out their mandatory soft-story retrofit program after the devastation of the earthquake of 1994. The two back-to-back quakes that rocked Ridgecrest was a rude reminder of why this program is necessary. An earthquake of this magnitude has not happened in Southern California since 1999.

On Thursday, July 4th, the Ridgecrest area experienced a quake that registered 6.4 on the Richter scale. Many residents felt the worst was over since the aftershocks tend to decrease in strength. However, the same area was hit again with another earthquake on Friday. This second quake was stronger measuring 7.1 and was a wakeup call for many residents who have been putting off completing a seismic retrofit to their property.

Lucy Jones, a seismologist at Caltech, announced there was an 8 -9 percent chance of an even bigger earthquake that could hit within hours or days of Friday night’s. Residents in Southern California were immediately panicked and trying to make preparations in case this happened. Thankfully, a larger quake did not follow this double seismic event. At least not yet.

With the last major quake occurring over 25 years ago, many residents have never been through an event like this. Or they had forgotten just how scary and devastating they can be. Seismologists in Southern California are constantly trying get people to prepare their homes and property so they will not sustain maximum damage and will be safer. These professionals all know it is not a matter of if another earthquake will hit but when.

The Northridge earthquake of ’94 left behind millions of dollars in damage. Over 60 people lost their lives and hundreds more were injured. Los Angeles city officials created the soft-story retrofit program in order to minimize the loss of life and damage caused by future earthquakes. Now is the time to make sure you get your property retrofitted.

While the latest quake hit the Ridgecrest area hard, the greater Los Angeles area was spared. But, this should serve as a wakeup call to anyone who has not been making preparations. No one knows when the next one will happen, but you can be sure that it will.

You can take steps to prepare for this type of emergency so you and your loved ones are safe. You should have an emergency kit in your home. In this kit should be bottled water, a flashlight with an extra set of batteries, a first aid kit and some canned food. Residents of Southern California should also invest in earthquake insurance, a backup generator, and a seismic retrofit of their homes and office buildings.

According to the California State Department of Finance records, less than 12% of California residents carry earthquake insurance. For such a large area that is prone to earthquakes, that is a frighteningly low number. If you are a homeowner you should contact your insurance agency and add this to your current policy.

Another step you should take is to create an emergency earthquake plan. You will want to know the quickest, safest exits for your home or office. Do you know where to go if you are not at home when an earthquake happens? Try to pick one family member, preferably not in California, and make them the designated emergency contact. When the next quake hits make sure that you and other family members check in with this contact. Then you will know who is safe and which family members may need help.

Due to the devastation that earthquakes cause, many cities in California, including Los Angeles, have now implemented mandatory programs. Soft-story and brittle concrete structures are all mandated by city officials to undergo a soft-story retrofit in order to make these structures more quake resistant. The current deadline to have this completed is by the end of 2020.

An earthquake retrofit usually involves reinforcing shear walls, bolting homes and structures to their foundations, and reinforcing weak areas such as chimneys and parking garages. Many companies specializing in seismic retrofits, RetroFitting 360 for example, will be happy to visit your property and provide you with an inspection and consultation to make sure your property is up to the new standards.

Seismologists began measuring earthquakes in 1932. Since then, California has had 22 quakes that reached a magnitude of 6, or higher, on the Richter scale. Out of those 22 earthquakes, only two, such as the recent one on July 4th, were precursors to an even larger quake to follow. The last time this happened was in 1987. A 6.2 quake struck the area south of the Salton Sea and 12 hours later a 6.6 magnitude earthquake hit the same area.

Even though experts have been predicting the “Big One” for decades, many residents in earthquake prone areas are not prepared. This latest quake will hopefully give you the “push” you need to prepare yourself and your home for a natural disaster. If you live in the greater Los Angeles area, or own commercial or rental property in the area, you are mandated to comply with the city’s soft-story retrofit program. Don’t wait any longer, now is the time to act, not after the next major quake takes you by surprise.