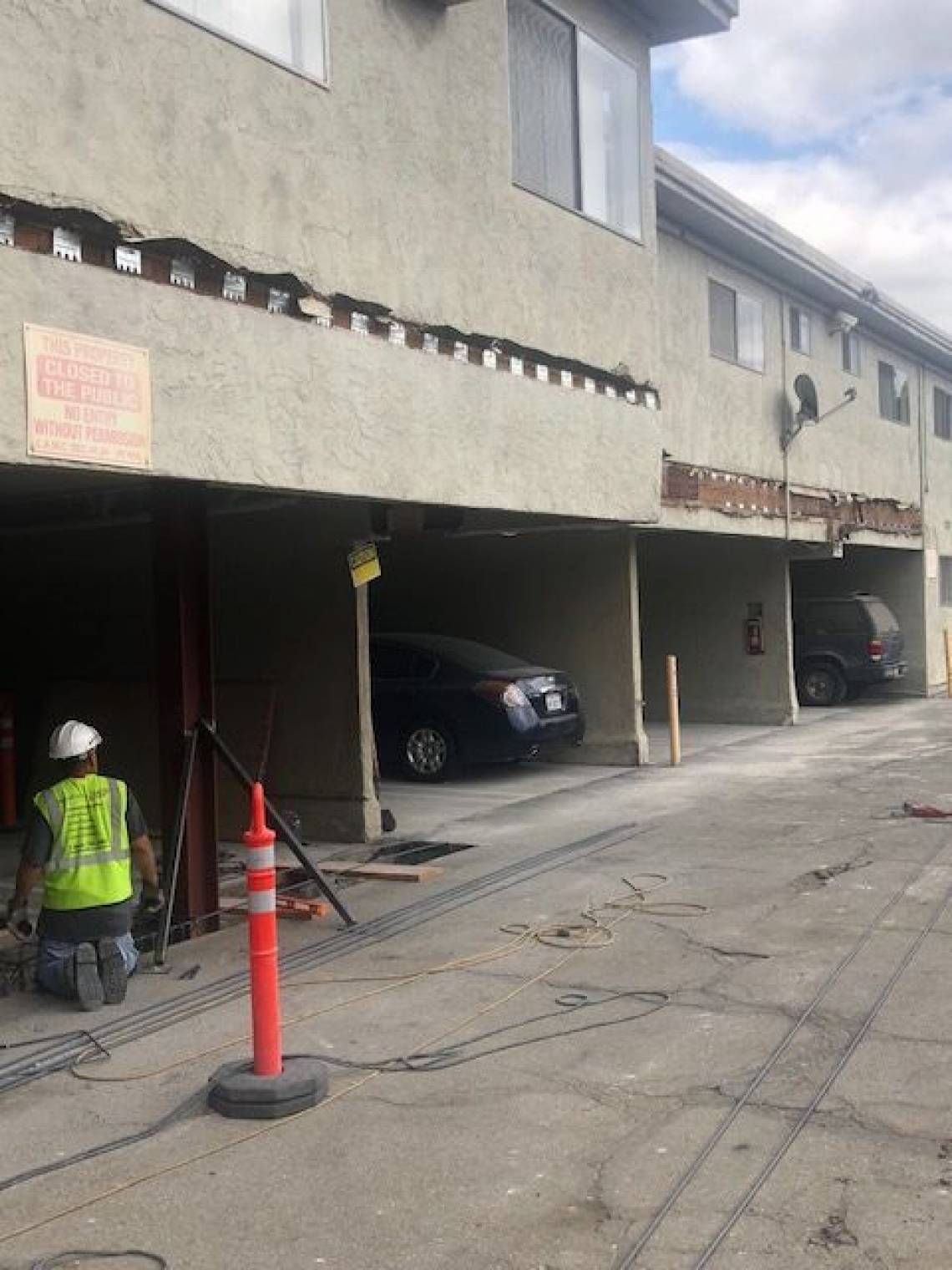 It is estimated that just over 13,000 buildings around the city of Los Angeles pose a dangerous risk in the event of an earthquake and in need of a Retrofit Contractor. If a major quake were to hit the city, these structures are likely to collapse causing devastation and even the loss of life. As part of the city’s efforts to reduce the destruction left behind an earthquake they are requiring owners to get their buildings retrofitted.

Most of the buildings at risk are wood-framed buildings, like apartments, that include carports or parking garages on the ground floor. Other buildings are known as soft-story structures, or buildings constructed from steel and concrete. City officials have stated that while these structures on their list of possible risks, they have not declared them to be unsafe. These officials will be conducting further studies to determine if these buildings need to be retrofitted.

The United States Geological Survey has predicted that within the next 30 years an earthquake measuring 6.7 on the Richter scale, or higher, is going to rock Los Angeles. While that prediction is likely to cause a lot of stress for most people, Los Angeles residents know that it comes with living in the area. One way to reduce this stress is by being prepared and consulting with a Los Angeles Retrofit Contractor.

A list that was compiled by Los Angeles officials in 2016, had over 13,000 soft-story buildings that were considered at risk. These buildings are not the only types to make the list, but they are the most common structures that are being targeted in the new retrofitting laws. These mandatory laws were designed to cover the most vulnerable buildings in the city, hotels, offices and apartment buildings. Rent controlled units are a special concern as they make up a huge part of the city’s urban development.

Apartment units, like the “dingbat” complexes that make up most of Los Angeles’ rental units, are susceptible to seismic damage because the apartments are built over parking structures. These garages do not include as many pillars and walls as the living units, so they are more likely to collapse during an earthquake.

When the Northgate Earthquake hit in 1994, many of these apartment structures collapsed or were destroyed. Sadly, 16 tenants were killed in the quake and many more were injured. The new building codes were created to try to avoid loss of life in future quakes.

When the new retrofit laws were passed by Los Angeles officials, they brought a lot of controversy with them. Most owners of condominiums were opposed to the retrofit policies so the city officials agreed to remove condos made from steel and concrete from their mandatory list. But most owner’s in the Los Angeles area think these new building policies are a good way to prevent destruction of many of the city’s most vulnerable types of structures.

To help city officials compile their list of risky buildings, they brought in a team of structural engineers. After these engineers completed their survey of buildings around Los Angeles they were able to come up with a list of buildings that were at risk and some that needed further study.

The owners of the buildings that were listed at risk were sent letter by the city notifying them of the retrofit mandate. Depending on the type of the building, these letters allotted a specific timeframe for the owners to submit a report back that would help officials decide if these buildings needed a retrofit. If has been decided that a building is in need of a seismic retrofit the owners have seven years to complete it.

Soft-story buildings are not the only type on the list of risky structures. Many of the older buildings constructed of concrete and steel are also included. Past quakes have shown they are just as likely to collapse especially if they were built before 1976. If just one large concrete and steel building collapses due to an earthquake, the total number of lives lost could be larger than any other seismic event since the San Francisco earthquake in 1906.

Other examples of the dangers that brittle concrete buildings pose can be seen in past quakes. In 1971 an earthquake in the Sylmar area destroyed two hospitals, killing 52 people. When these types of structures collapse the concrete explodes from the columns, and the results can be devastating. When the Mexico City earthquake hit, a seven-story office building collapsed on itself killing 49 people, and the destruction of the Enrique Rebsamen School killed 19 students and seven adults.

The city has prioritized the retrofitting on all apartments with more than 16 units and any building with more than three stories. Once the owner receives a notice from the city they have one year to submit an assessment of their building to determine if it needs to be retrofitted. If the building falls under the new retrofitting laws, owners have five years to get the work completed.

Buildings made of steel and concrete built before the 1994 Northgate Earthquake will also need to be assessed. If it is determined they are in need of reinforcements, owners will have 20 years to get them completed. However, any major issues found in the initial assessment must be reported to the city within three years and fixed within 10.

Some owners are reticent about putting out the money needed to retrofit their buildings. They are concerned that they will not be able to turn on a profit. This is especially true with rent controlled units where the tenants cannot afford a rent increase to cover the retrofitting costs. One issue with the mandatory laws is that some apartment owners may elect to just sell or demolish their buildings instead of putting out the money to reinforce them. If the owner of a rent controlled apartment decides to tear it down, the tenants can be evicted under the Ellis Act. Los Angeles city officials are working on these issues to ensure that tenants will not lose their homes while remaining safe during the next earthquake.

Los Angeles is not the only Southern California city to enact mandatory retrofitting laws. Santa Monica has done so also. After Santa Monica was surveyed, it was found that almost 2,000 buildings around the city are at risk. If you did not receive a notice from the city you can check the Department of Building and Safety website to see if your building is on the mandatory list. Just enter your address in the search bar and click on the link for soft-story retrofitting information.If you received a notice from the city, or your building is on the list at the website above, you will need to hire a professional Retrofit Contractor  to get an assessment. Call Retrofitting360 to setup your initial consultation.